Commissioned in 1914, the USS Texas was the last American battleship built with engines to be powered with coal-fired boilers. Converted to burn fuel oil in 1925, the “Mighty T” became even more dominant at sea as the worldwide change from coal to oil became another key chapter of U.S. petroleum history.

When the industrial revolution ended the “Age of Sail,” coal that fired the boilers of steam-powered ships became a strategic resource. Worldwide “coaling stations” were essential at a time when oil was little more than a lubricant or patent medicine.

Commissioned in 1914, with coal-powered boilers that were converted to use fuel oil in 1925, the USS Texas “was the most powerful weapon in the world, the most complex product of an industrial nation just beginning to become a force in global events,” noted one historian. Photo courtesy Texas Parks and Wildlife Department,

As early Pennsylvania oilfield discoveries continued, Congress in 1866 appropriated $5,000 to evaluate petroleum as a potential replacement for coal to fire the Navy’s boilers. The “experts” decided to stay with coal.

“The conclusion arrived at was that convenience, health, comfort and safety were against the use of petroleum in steam-vessels,” reported Admiral George Henry Preble. “The only advantage shown was a not very important reduction in the bulk and weight of fuel carried.”

In Great Britain — with its plentiful supplies of coal — the Admiralty also struggled to make the switch, according to Royal Navy historian Steven Gray. “Britain, by this point, was already the leader in naval, trade and industrial power, and this control of coaling resources only served to strengthen its grasp of power,” he noted in 2011. 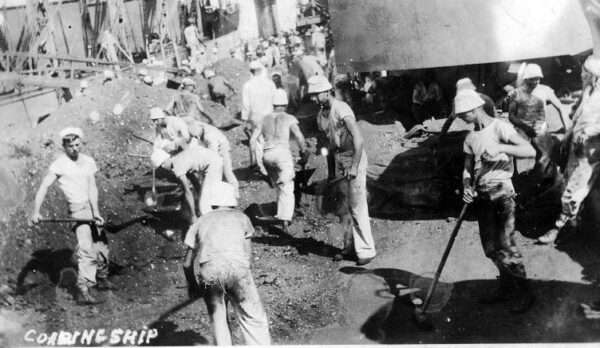 USS Texas was the last American battleship to be built with coal-fired boilers. Sailors shoveled over 124,000 cubic feet of coal — 2,891 tons — to fill its bunkers. Photos courtesy History Magazine, March 2006.

“Despite the many advantages that oil held over coal for naval ships (cleaner, easier to refuel, more powerful, etc.), the fact that Britain did not own a supply of oil made the decision to switch painful,” Gray explained. “With it, Britain bought a majority share of the Anglo-Iranian oil company, and the age of ‘petro-politics’ began.”

The Spanish-American War of 1898 changed the U.S. Navy’s mind about using coal for fuel. For the first time, coal-fired war vessels had to fight far from the continental shores. Despite American victories in Manila Bay in the Philippines and Santiago de Cuba, hard strategic lessons were learned about fueling coal-powered battleships. 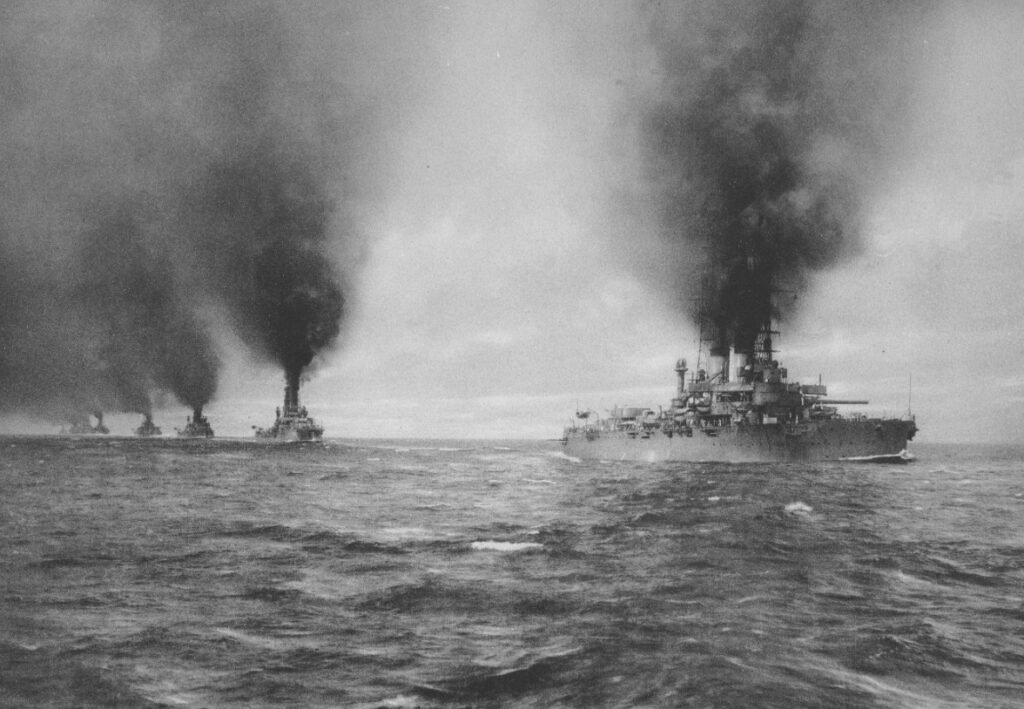 Coal-fired boilers not only produced dense smoke, they created tons of ash. Sailors (with ratings of coal heaver and later, coal passer) labored with shovels to feed massive boilers.

“Coaling ship” was a major undertaking. “Our ship held about 2,000 tons of the stuff,” recalled a coal passer from the battleship USS Connecticut in 1907.

“All the deckhands would go down into the collier and fill these big bags with about 500 pounds,” the American sailor added. “Then they’d hoist ‘em over to us down in the coal bunkers and we’d spread out the coal with shovels until all the bunkers — about 20 — were full to the top.”

With lessons learned from the Spanish-American War experience, fuel oil began to replace coal in U.S. warships. Petroleum supplies became more abundant within America’s borders in the early 1900s as the giant oilfield at Spindletop and other major discoveries emerged.

The Spindletop field, which produced more oil than the rest of the world’s oilfields combined, launched the modern U.S. petroleum industry. The discovery well near Beaumont hastened the military’s coal-to-oil transition. Oil produced far more energy per pound than coal and vastly simplified the logistics of resupply.

The use of oil-fired boilers changed battleship design dramatically and contributed to the development of massive new battleships. 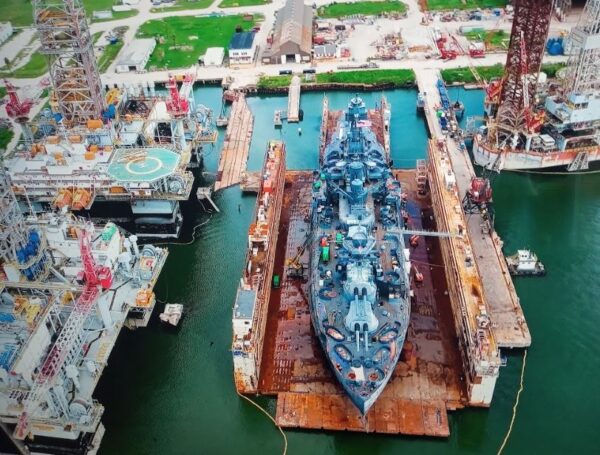 Designated a National Historic Landmark in 1977, the “Mighty T” served as a museum battleship docked at La Porte, Texas. On August 31, 2022, it arrived at a Galveston shipyard for $35 million in hull work by Gulf Copper Dry Dock & Rig Repair. Photo courtesy thirdcoastdrone.com.

Concerns about an assured oil supply in the event of war or a national emergency had resulted in the Pickett Act of 1910, which authorized the president to withdraw large areas of potential oil-bearing lands in California and Wyoming as sources of fuel for the Navy. 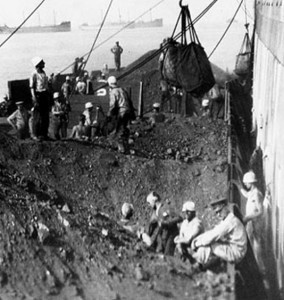 As not only the largest owner of oil lands, but as a prospective large consumer of oil by reason of the increasing use of fuel oil by the Navy, the federal government is directly concerned both in encouraging rational development and at the same time insuring the longest possible life to the oil supply. — December 6, 1910, message to Congress by President Taft

By 1916, the Navy had commissioned its first two capital ships with oil-fired boilers, the USS Nevada and the USS Oklahoma. To resupply them, “oilers” were designed to transfer fuel while at anchor, although underway replenishment was possible in fair seas.

During World War I, a single oiler refueled 34 destroyers in the mid-Atlantic — introducing a new era in maritime logistics. The sailors’ rating of “coal passer” passed into history by 1917.

“When the USS Texas was commissioned on March 12,1914, she was the most powerful weapon in the world, the most complex product of an industrial nation just beginning to become a force in global events,” noted one historian.

The Texas converted from coal to oil-fired boilers in 1925.