This Week in Petroleum History, September 26 to October 2 Preserved by the Santa Clarita Valley Historical Society, California’s first refinery is described as the oldest in the world. Photo courtesy Konrad Summers.

California Star Oil Works was acquired by Pacific Coast Oil Company in 1879, and the Pico Canyon oilfield discoverer became part of the Standard Oil Company of California (Socal) in 1906. Socal acquired Gulf Oil, the nation’s fifth-largest petroleum company at the time, in 1984 and adopted the brand name Chevron.

Despite the reservations of Humble Oil and Refining Company’s president, geologist Wallace Pratt convinced the company to lease the million-acre King Ranch in Texas for almost $128,000 per year with a one-eighth royalty on any discovered oil.

Although Humble Oil and Refining, a Houston company founded in 1917, had not found oil on the ranch, the lease deal was the largest oil lease contract ever negotiated in the United States.. Near a watering stop on the Atlantic Coast Line Railroad in southwestern Florida, the Humble Oil Company completed the state’s first commercial oil well, the Sunniland No. 1. The company had spent $1 million drilling to a depth of about 11,600 feet to complete the discovery well, located 12 miles south of Immokalee, near Big Cypress Preserve and the resort city of Naples. Humble Oil accepted the $50,000 prize offered by the state, added $10,000 – and donated the $60,000 equally between the University of Florida and the Florida State College for Women.

Florida’s petroleum had eluded discovery for decades. Almost 80 dry holes had been drilled by 1939. and Florida legislators, eager for their state to benefit from oil tax revenues, offered a $50,000 bounty for the first oil discovery. The Sunniland oilfield brought more drilling, and by 1954 the field was producing 500,000 barrels of oil per year from 11 wells.

Texas-based Humble Oil accepted the $50,000 prize offered by the state legislature, added $10,000 – and donated the $60,000 equally between the University of Florida and the Florida State College for Women. Humble later became ExxonMobil.

A railroad car carrying casinghead gasoline exploded in Ardmore, Oklahoma, killing 43 people and injuring others. The car, which had arrived the day before, was waiting to be taken to a nearby refinery. Casinghead gasoline (also called natural gasoline) at the time was integral to the state’s petroleum development, with 40 processing plants in operation. Triggered by an unidentified source, the explosion destroyed much of downtown Ardmore. The Atchison, Topeka, & Santa Fe Railway was found responsible for the explosion and paid 1,700 claims totaling $1.25 million, the society reports, adding that “oil companies changed and improved the extraction and transportation methods for natural gasoline.” Signal Hill once had so many derricks people called it Porcupine Hill. The city of Long Beach is visible in the distance from the “Tribute to the Roughnecks” statue by Cindy Jackson.

The first production Ford Model T rolled off the assembly line at the company’s plant in Detroit. Between 1908 and 1927, Ford would build about 15 million Model Ts, each fueled by inexpensive gasoline. The popularity of Ford’s initially all-black auto was timely for the U.S. oil industry, which had endured falling demand for kerosene lamp fuel as consumers switched to electric lighting. Ford Model T tires were white until 1910, when the petroleum product carbon black was added to improve durability.

New major oilfield discoveries, especially the 1901 “Lucas Gusher” at Spindletop Hill near Beaumont, Texas, met growing demand for what had been a refining byproduct: gasoline. 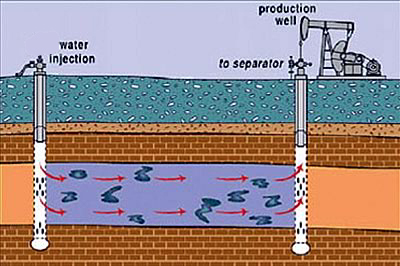 Skelly Oil Company incorporated in Tulsa, Oklahoma, with founder William Grove Skelly as president. He had been born in 1878 in Erie, Pennsylvania, where his father hauled oilfield equipment in a horse-drawn wagon.

Skelly’s success in the El Dorado oilfield east of Wichita, Kansas, helped him launch Skelly Oil and other ventures, including Midland Refining Company, which he founded in 1917. As Tulsa promoted itself as “Oil Capital of the World”, Skelly became known as “Mr. Tulsa,” thanks to his support for many civic causes.

Skelly served as president of Tulsa’s famous International Petroleum Exposition for 32 years until his death in 1957.