This Week in Petroleum History, January 24 to January 30 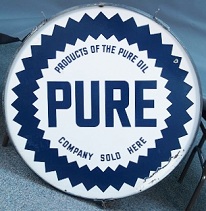 With a new Chicago headquarters opened in 1926, Pure Oil began exploring offshore exploration technologies within a decade. The company developed early freestanding drilling platforms in the Gulf of Mexico.

After meeting a week earlier at the Wichita Club in Wichita Falls to protest “the recent drastic price cut in crude oil, inaugurated by some of the major purchasing companies,” 50 independent producers organized the North Texas Oil and Gas Association. Other issues included seeking a tariff on foreign oil imports and stopping oilfield thefts. The association merged with the West Central Texas Oil & Gas Association in 1998 to become the Texas Alliance of Energy Producers.

As East Texas farmers struggled to survive the Great Depression, an oil discovery confirmed the existence of a massive oilfield. W.A. “Monty” Moncrief of Fort Worth completed the Lathrop No. 1 well, which produced 7,680 barrels of oil a day from 3,587 feet deep. Geologists at first thought a third oilfield had been found.

Moncrief’s discovery well was 25 miles north of the famous Daisy Bradford No. 3 well of October 1930, drilled by Columbus Marion “Dad” Joiner. It was 15 miles north of the Lou Della Crim No. 1 well, completed at Kilgore three days after Christmas 1930.

The 130,000-acre East Texas oilfield, the largest in the lower-48 states, attracted major oil companies and independent producers, including H.L. Hunt, who had discovered oil in Arkansas. By the end of 1933, almost 12,000 wells produced oil from the Woodbine geologic formation — despite overproduction causing prices to fall from $1.25 to less than 25 cents per barrel. The drilling crew had begun to retrieve pipe in order to replace a drill bit when the mud used to maintain pressure became dangerously low. A natural gas blowout occurred, according to  the University of California, Santa Barbara. The well, which was brought under control after 12 days, helped turn public opinion against offshore exploration and creation of the Environmental Protection Agency (EPA) in December 1970.

Learn more in Oil Seeps and the Santa Barbara Spill.

Among the biggest drilling rigs in the world, Parker Drilling Company’s Rig No. 114, was erected in a vacant lot in downtown Elk City, Oklahoma, after civic leaders realized that the massive rig, visible from I-40 and historic Route 66, could draw tourists. The Parker rig had once drilled deep wells for testing nuclear bombs. 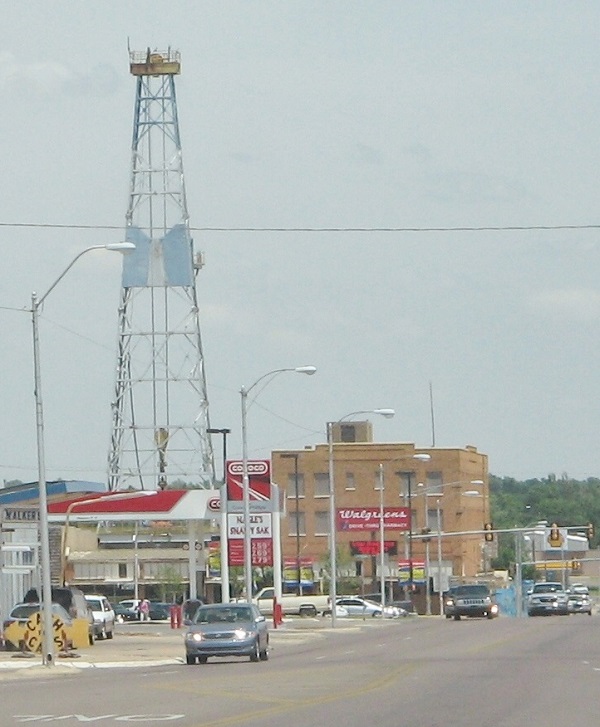 In 1969, Parker Drilling signed a contract with the U.S. Atomic Energy Commission to drill a series of holes up to 120 inches in diameter and 6,500 feet deep in Alaska and Nevada. After the experiments, the company modified its rig to drill conventional wells that set records by reaching beyond four miles deep into the Anadarko Basin.

Canadian geologist Abraham Gessner received a U.S. patent (no. 7052) for the manufacture of illuminating gas, “to enable others skilled in the art of making gas…for obtaining of illuminating gas from compact and fluid bitumen (crude oil), asphaltum, chapapote, or mineral pitch as found in mines, quarries and springs in the earth.”

Gessner licensed to manufacturers his “coal gas” distillation apparatus for about $1 per burner, declaring his gas “affords the cleanest, safest, and most agreeable light ever used.” By 1854, Gessner’s research would lead him to “a new and useful manufacture or composition of matter, being a new liquid hydrocarbon, which I denominate Kerosene.”

German mechanical engineer Karl Benz applied for a Reich Patent (no. 37435) for his Benz Motorwagen, a three-wheeler with a one-cylinder, four-stroke gasoline engine. His innovative “Fahrzeug mit Gasmotorenbetrieb” (vehicle with gas engine operation) was the world’s first patent for a practical internal combustion engine powered car. Detail from “vehicle with gas engine operation,” patent No. 37435, submitted by Karl Benz on January 29, 1884, at the Reich Patent Office in Berlin.

Although there had already been “auto-mobiles” powered by steam or electricity, Benz used the internal combustion engine as the drive system. The Imperial Patent Office’s January 29, 1886, the Benz patent has been referred to as the birth certificate of the automobile. His wife Bertha would drive a Benz motorwagen from Mannheim to Pforzheim in an 1888 headline-making publicity stunt. Crude oil replaced animal lard to heal a variety of ailments, including a balm for wounds. In 1872, New York chemist Robert Chesebrough patented a method for distilling “petroleum jelly,” which he named Vaseline. Chesebrough swallowed a spoonful of Vaseline each day and lived to be 96.

Decades after secretly recovering parts of the lost Soviet submarine K-129, and after a $180 million shipyard conversion, the Glomar Explorer began its career as a record-setting deep water drill ship. Launched by Global Marine Drilling with a long-term lease of $1 million per year from the U.S. Navy, the world’s largest drill ship would spend the next 17 years drilling ultra-deep wells around the world. The high-tech vessel began its career in 1972 as a secret project of the Central Intelligence Agency —  and Howard Hughes Jr.

Recommended Reading: Early Days of Oil: A Pictorial History of the Beginnings of the Industry in Pennsylvania

(2000); The Black Giant: A History of the East Texas Oil Field and Oil Industry Skulduggery & Trivia

(2018); Bertha Takes a Drive: How the Benz Automobile Changed the World